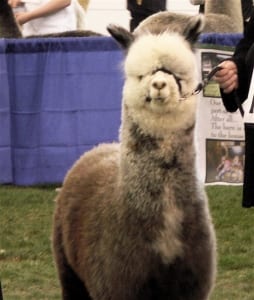 Prior to 1980, alpacas existed in the U.S., but those were confined mostly to zoological parks. The first known private importation of alpacas occurred in 1980 when Richard and Kay Patterson purchased a herd of ten animals from England. Dr. Ralph Uber purchased the herd from the Pattersons in 1982 and added additional alpaca purchased from a zoo in Canada. In 1984 an import from Chile occurred soon to be followed by others. The breeding of alpacas by private individuals was underway.

During the several years following the number of breeders grew. Those original alpaca owners began to meet in 1986 and discuss an organization. In 1987 the Alpaca Owners and Breeders Association (AOBA) took on a name and began to formalize development with a newsletter and a logo. On June 17, 1988, at Shanty Creek Lodge in Bellaire, Michigan, 38 people gathered in a “special meeting” to begin AOBA’s official formation (including bylaws and articles of incorporation) and a slate of officers was selected. The basic bylaws were approved in October of 1988, and included the establishment of an alpaca registry. In 1988 blood typing of alpacas began and by the spring of 1989 almost all privately owned alpacas were typed. A show committee was established in 1989 to work with the American Llama Show Association (ALSA) to include alpacas in shows. The birth of the alpaca registry also began in 1989 with registry rules written and copyrighted by AOBA. The International Lama Registry (ILR) agreed to administer the alpaca registration database. In 1990 AOBA relinquished control of the registry to what is now Alpaca Registry, Inc. (ARI). In 1991 AOBA incorporated in the State of Oregon and the Internal Revenue Service, under 501(c)(5), granted the association a non-profit status.

The association was formed for the following purposes. (1) To promote public awareness and membership appreciation of the alpaca’s unique qualities; (2) To educate the membership on the care and breeding of the alpaca; (3) To promote the growth of the alpaca industry as a whole; (4) To foster the establishment of the breed outside of its native land by encouraging husbandry and breeding practices based upon, but not limited to, herd health, overall soundness, and wool production; and (5) To establish and maintain an alpaca registry.

The association is led by a seven-member Board of Directors. Directors and committees members are volunteer positions without compensation. In the short time since the association was formed (beginning with 87 memberships and a known Alpaca census of 392), it has grown to over 4,000 members with over 100,000 Registered Alpacas. During this time, the activities of the association have also increased, some of the highlights of activities follow.

Since the beginning, AOBA has developed a number of informative publications on Alpacas, including newsletters, investment information, fiber, and general literature. Farm & ranch support programs for AOBA members has continued to increase through education, support materials and advertising opportunities including AOBA sponsored websites (AlpacaInfo.com AlpacaOwners.com, AlpacaShows.com and AlpacaLivestockCompany.com).

AOBA’s volunteer committees have been the underpinning of the association since the beginning. A sample of the committees includes the Marketing Committee. This committee runs national advertising campaigns, has developed videos and other publications to aid members and to better inform the public about Alpacas. The Fiber and Finished Products Committee is instrumental in managing fiber arts events, promoting uses for alpaca fiber and promoting alpaca in fashion designs. AOBA established its own Show System independent of ALSA and began operations in 2001. The Show System has several important committees developing rules, managing shows and conducting judges training. The Education Committee works to provide seminars, workshops and speakers at conferences. The committee is working to setup distance education via the internet for members to access all day every day. AOBA has twelve very active committees plus a number of task groups within the committees. There is a spot for any member to contribute to our growing industry.